There is a place in my imagination. A mythical, far-away land called the Valley of Ideas. In its isolated, fertile plains new ideas continually spawn and evolve. In order to survive, these embryonic concepts must compete for available resources.

In the natural world that would mean food, water, and shelter. But in the Valley of Ideas the contested resources are evidence, acceptance and approval. In this dynamic environment new ideas are constantly trying to establish a foothold and unless they can displace an existing idea. Or find a niche where there is an absence of current ideas. They will perish.

It’s a dogma eat dogma world where only the fittest ideas will flourish and survive.

But occasionally, something goes wrong. Especially with ideas from the genus ‘business and marketing’.

An idea that had been holding its own, in the constrained and competitive world of the Valley of Ideas, finds a way out. Traveling the path of publicity. Up the slopes of self promotion. Scaling the hills of hype. Before making a final push to the summit of Bullshit Mountain. Where it ceases to be just another idea and becomes a full-fledged fad.

It will enjoy its brief existence as the top idea in the world. Then it will die. Of exposure. Leaving the summit free for its next occupier.

These break out ideas are not inherently bad. In fact, to make the journey to the top Bullshit Mountain an idea has to start out in robust good health. An idea with merit that is relevant and meaningful.

What happens to these good ideas, as they make their ascent, is they become simplified, popularized and generalized. They get promiscuously propagated and applied as the go-to solution to all problems, regardless of suitability. This has the effect of crowding out other, more appropriate solutions. Before you know it the disciples and acolytes of this new, big idea have lost perspective.

They have become proud owners of a shiny new metaphoric hammer. Looking for nails they can metaphorically hit with it. 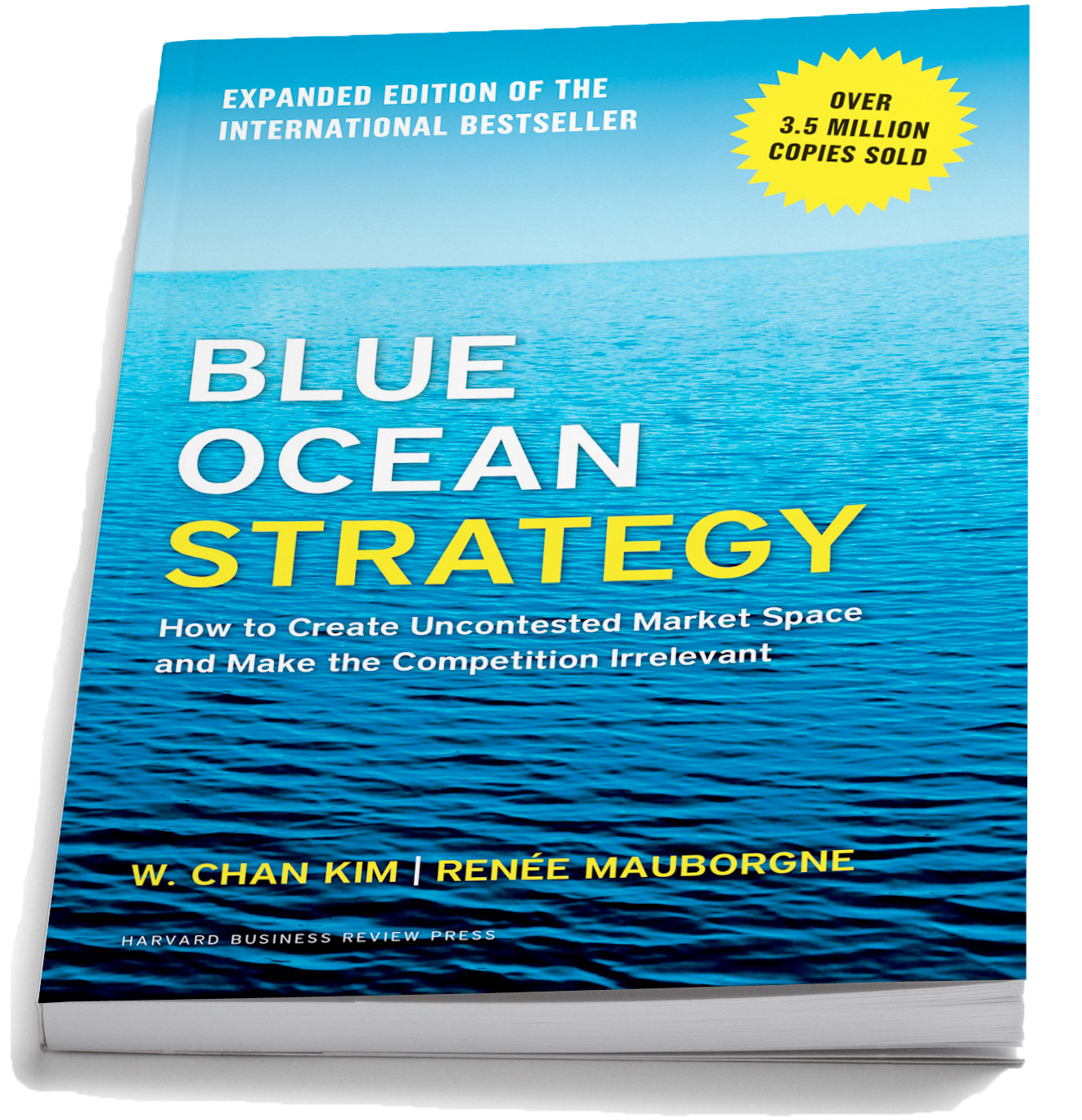 You could call this the Blue Ocean effect, after the 2004 best seller Blue Ocean Strategy by W. Chan Kim and Renée Mauborgne. The idea behind Blue Ocean Strategy was simple. Competing is hard. So, instead, avoid it by creating an ‘uncontested market’ where it’s just you and your customers with no troublesome competitors spoiling things.

Despite the fact that the concepts in the book were not particularly new and the examples used followed the classic pattern of books of this type, where the authors find a success story and then retrofit it through the lens of their hypothesis, it sold like hot donuts.

I don’t know exactly how long the Blue Ocean flag fluttered at the top of the mountain but for several years all I heard was people asking for help steering their ship to the ‘blue oceans’ and getting away from the ‘red oceans’. Tenaciously adhering to the false dichotomy of binary choice. Not considering for one moment the possibility of various shades of ‘pink ocean’.

Instead of putting in the effort required for objectively measuring competitive intensity. Gaining customer insights. Identifying gaps in the market. Increasing the mental and physical availability of their products. And other activities that required a little discipline (and let’s be honest – a little hard work) they looked for a simple solution. 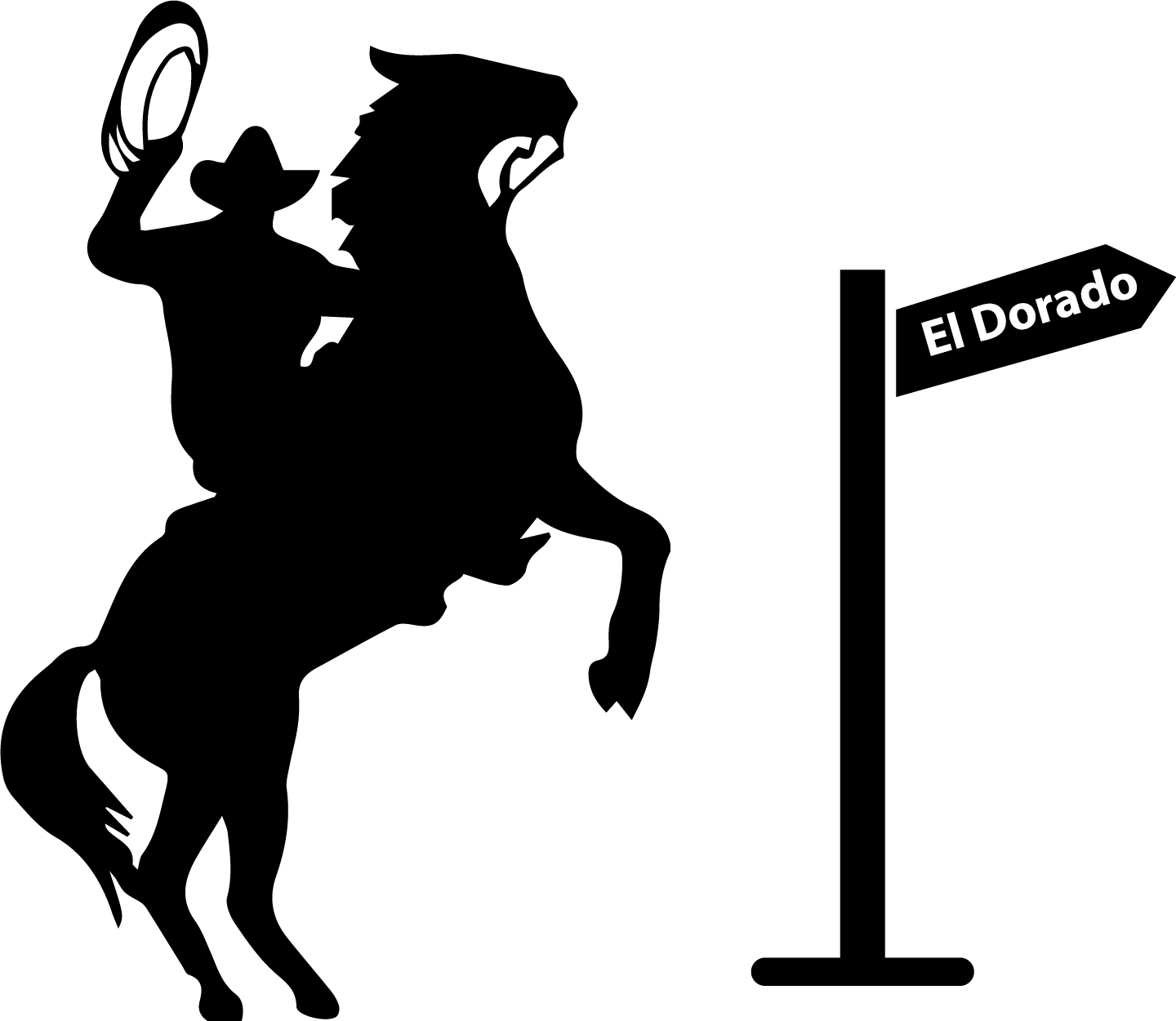 It was a case of “saddle up the horses, we’re off to El Dorado”

“What the mythical city of gold?”

“Mythical, as in there is no reliable evidence that supports its existence?”

“Before we do that may I suggest…”

But that sentence was left hanging, ended by a clatter of hooves and a face full of dust.

Rather than take a cheap shot at a specific example (OK, too late) consider the general point. What pattern do these ideas of the moment follow? What should we you when faced with the next big thing?

A typical pattern sees an idea form in the mind of an ‘expert’. It gestates for while as evidence (I use the term loosely) is collected.

It then gets propagated through a book, a journal, social media and word of mouth. Awareness of the idea grows among practitioners until it achieves critical mass.

Once an idea makes a push for the summit it follows one of two patterns, developed by Graham Horton based on the Gartner Hype Cycle. 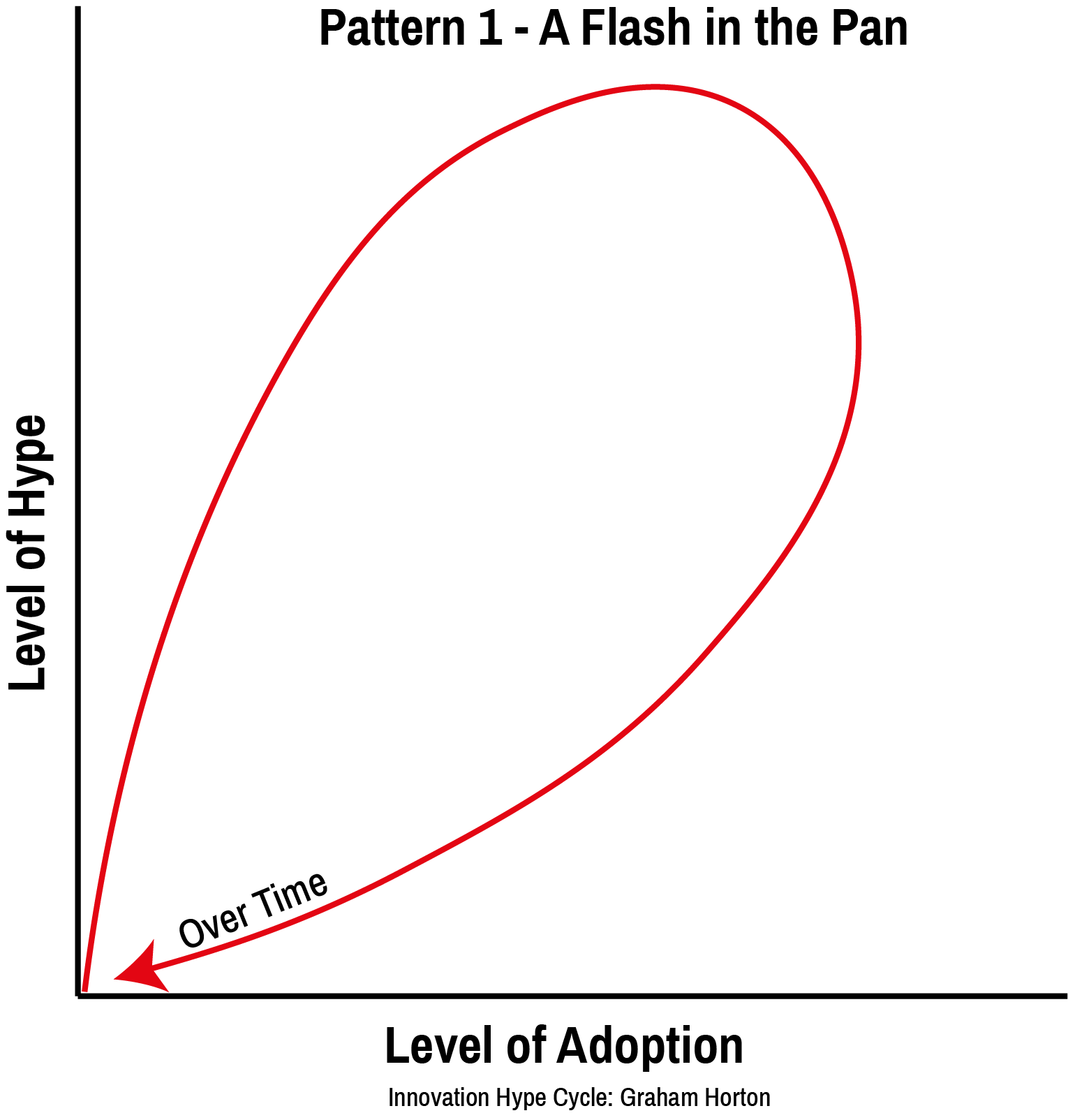 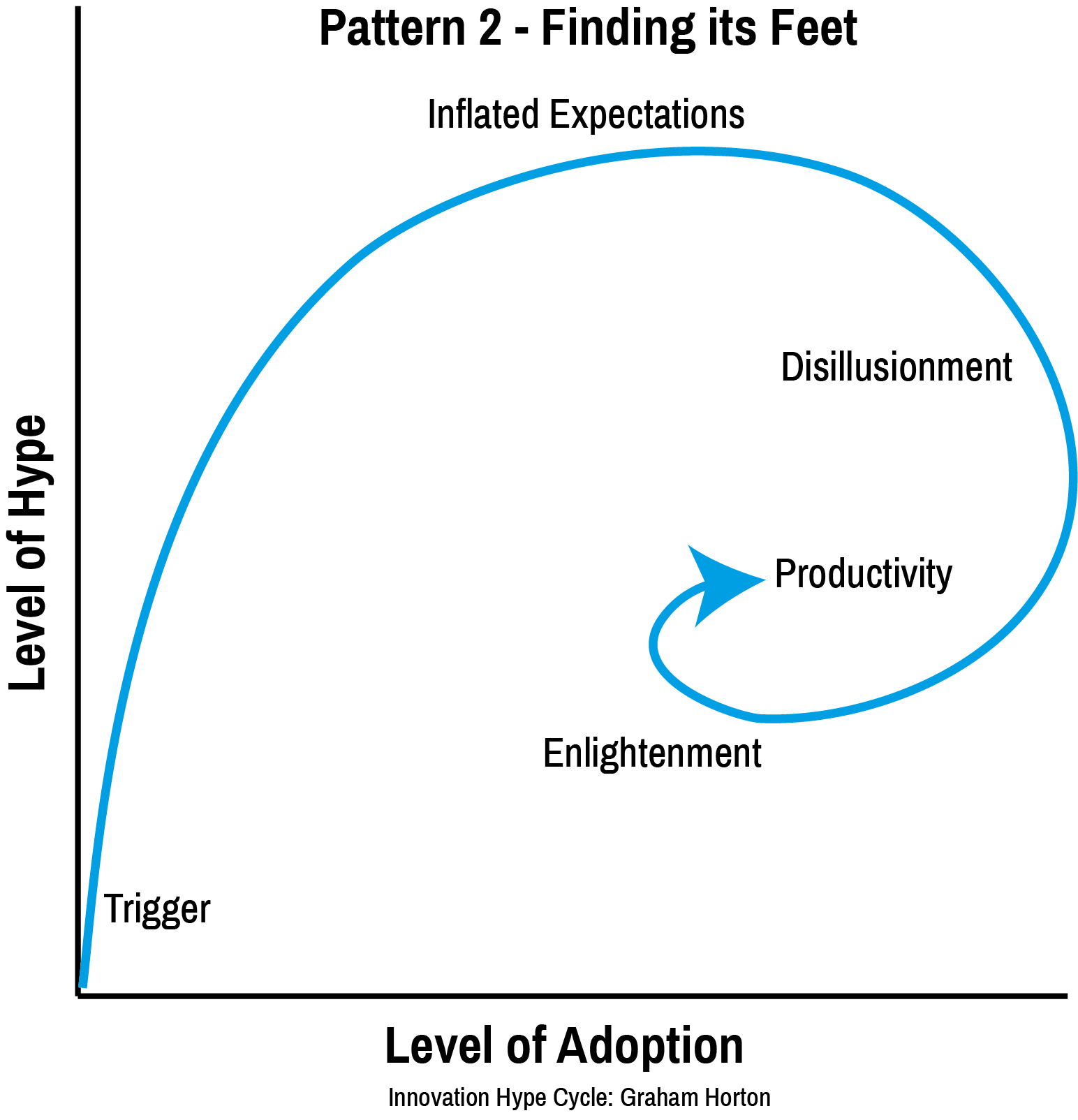 It either follows pattern one and cycles back to a state of zero hype and zero adoption. Where nobody is talking about it and nobody is using it. This happens to ideas that have no merit and are simply a flash in the pan.

Or, more commonly, it follows pattern two where an idea finds its stable position. It peaks at maximum hype and adoption but doesn’t cycle back to zero. Over time it gets less attention and is used less frequently but often more effectively, by businesses who find it an appropriate tool.

It becomes another methodology that is applicable for some circumstances some of the time.

Ideas that reach the top of Bullshit Mountain are not necessarily bad ideas but neither do they always gift their followers with cutting edge insights to take their business to the next level. They often limit and narrow thinking. In the worse cases they give people a cloak of respectability to cover their intellectual nakedness.

But look at any over-hyped idea and within it you will often find the seeds of sound principles. A good idea that’s gone rogue. Take these ideas at face value. Ask yourself; what can i learn? What is applicable to me? What is good about this idea? Add it to your mental toolkit. Use it judiciously. Just don’t believe the hype.

Be like Odysseus and strap you to the mast (figuratively, unless you’re really into that sort of thing) so you can listen to the Siren’s song while avoiding the temptation of steering your ship onto the rocks of gullibility.