Skip to content
Home
/
Uncategorized
/
How to Call Your Boss a Moron and Still Have a Job in the Morning
August 27, 2019 No comment(s) Uncategorized
839

Despite the title, I don’t actually admire the devil, or support his immortal mission to seduce humans into sin and falsehood. If he actually existed, I would be the first to condemn the cloven hoofed, goat horned little shit and all his minions. But he doesn’t, so I don’t have to, but I would, if he did… just so we’re clear.

What I do find useful though is the contrast the devil provides. All that Good versus evil stuff, the immoral yin to the righteous yang. An alternative point of view that, if nothing else, provides a benchmark to compare and contrast current beliefs and behaviours to.

As this article is about business and not moral philosophy now is probably a good point to introduce a little context.  I am going to argue that businesses should embrace the devil and invite him into the boardroom – not literally, obviously, (although I can think of a few examples where this would explain quite a lot) but in the role of Advocatus Diaboli – the Devil’s Advocate.

The Catholic Church created the role of Devil’s Advocate in the sixteenth century. The Cardinals had determined that the method of bestowing sainthood on the great and the good needed a little process improvement. The office of Devil’s Advocate would argue against a prospective saints commendation as endorsed by their sponsors.  (The candidates themselves being too dead to give a first hand account) The idea being that any flaws or misrepresentations in the evidence presented would be tested and verified.

As the evidence for sainthood include the verified performance of miracles, at least one of them posthumously, it is safe to assume that the role was more of a ceremonial undertaking than genuine attempt at fact checking, but despite this, the concept lives on today in common parlance as one who takes an opposing view to the accepted norm.

To be a Devils Advocate you don’t need to be committed to the contrary view, you just to be prepared to argue for it for the sake of debate and to explore the strength of the evidence supporting the opposing position. It gives you permission to be a contrarian. This is a good thing.

Many businesses live in a state of artificial harmony. The executive committees and boards of directors that run things can be hothouses of homogeneity and conformity. You don’t often reach the top floor or get a corner office without demonstrating significant compliance with the prevailing corporate orthodoxy.  Consequently, dissenting voices are not heard often enough in the boardroom.

At the levels below the executive, where the real work tends to get done, similar problems exist. The managers and staff members involved in day-to-day operations have learned that challenging convention can be a risky, and possibly career limiting activity.  Hierarchical structures that infect many businesses depend on compliance more than resistance. It should come as no surprise, that criticism of company strategy is more likely to take place around the water cooler than in any formal setting.  But this is dangerous; it needs to be ok to raise a concern or to question current thinking. 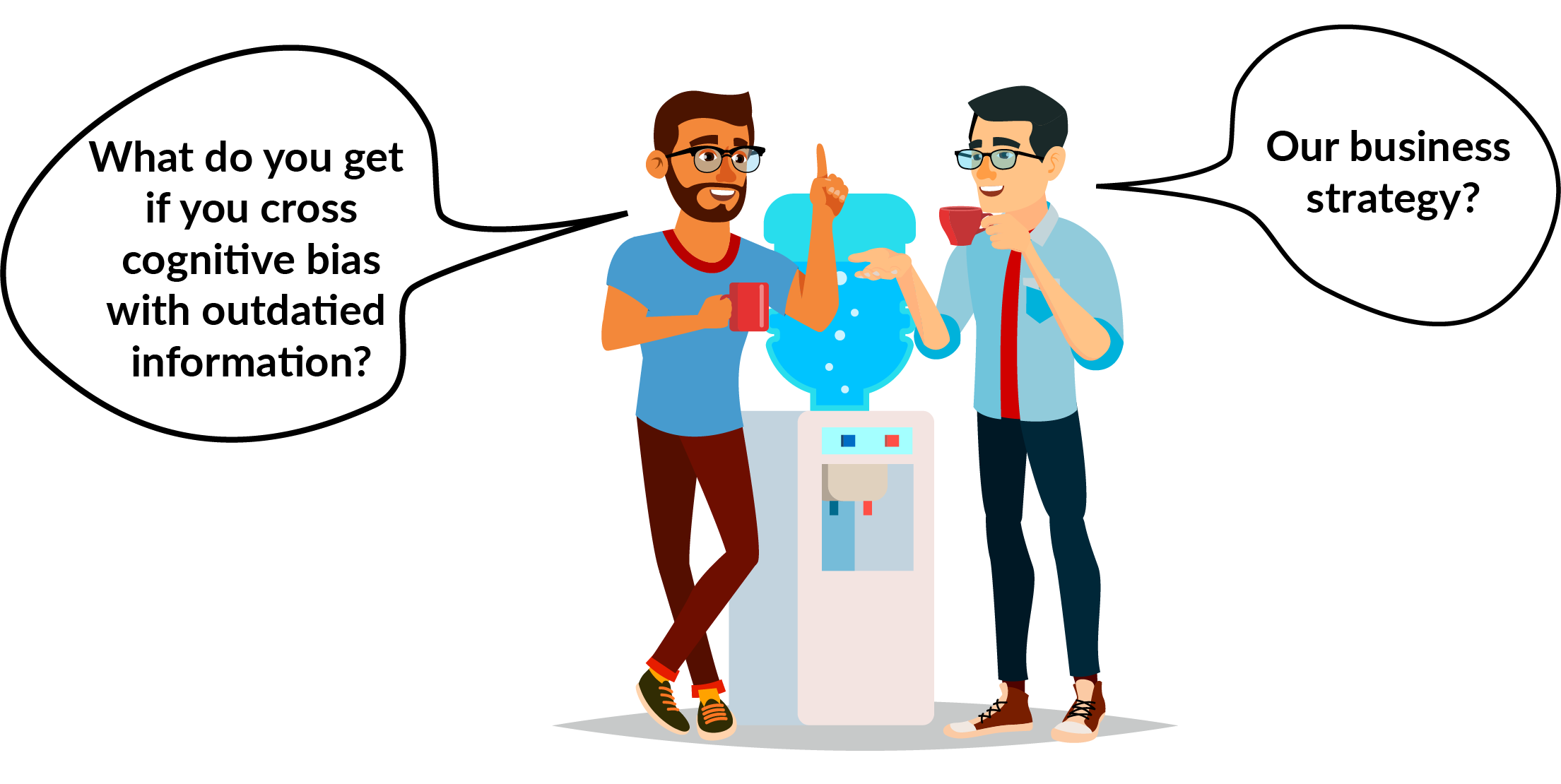 Of course there are exceptions to this general idea that dissension is always beneficial.  Steve Jobs was famously autocratic and the idea that somebody challenging his vision could have enhanced Apple’s fortunes seems ridiculous.  “Phones Steve? Have we thought this through? We’re a computer company…” But that’s the point of exceptions, they are exceptional.  Compare your boss with Steve Jobs or your business with Apple… spot the similarities? OK, let’s move on.

Even if we acknowledge that we are not one of the exceptions should we actually encourage dissent? Isn’t it better to unify behind an established position and get on with execution? Wouldn’t the energy expended in disagreeing be better deployed in implementation?

Not if it means that a bad idea is flawlessly executed, or a new opportunity gets missed because nobody is asking “what if…” Good ideas are still good ideas after they are challenged, and alternative ideas never take flight if nobody is advocating for them.

There is a big difference though, between acknowledging that a little dissension is a good thing and actually putting in place the procedures to make it happen effectively.  There is no point changing from a state of passive acquiescence to one of constant rebellion. So how should the role of Devil’s Advocate be institutionalised for the modern business? The Israeli Directorate of Intelligence may offer a clue.

In 1973 the Israeli Government suffered a serious intelligence breakdown. They failed to anticipate a military invasion of their territory, led by Egypt and Syria in what became known as the Yom Kippur war.  Israel subsequently prevailed but the fact they had been caught by surprise led to some significant changes in the operation of their intelligence gathering.

On reviewing the causes that led to them being blind-sided, one element stood out; the prevailing view within the intelligence community of what was known as ‘The Concept of Arab Intentions’. Simply put, the conventional wisdom was that the Arab nations would never, under any circumstances, preemptively launch an attack.

This doctrine was so embedded at the top level of government that even when the invading Arab armies were massing at the border the view remained that an attack would never happen.  That view only changed when the Egyptian army crossed the Suez Canal.

To prevent this, or something similar, ever happening again the Israeli government introduced the protocol of the tenth man.  Named for the idea that if there are ten people in a room, and nine are in agreement, the tenth has to take a contrary position.  You can read a detailed explanation about this in William Kaplan’s book, Why Dissent Matters.

The role of the tenth man became an official department called the Revision Department.  The sole purpose of this new department was to challenge the conventional wisdom and to actively search for information and arguments that involve a fresh perspective and offered an alternative assessment.  They were able to consider scenarios, think the unthinkable and confront senior officials without fear for their career prospects.  They were, after all, just doing their job.

Playing devils advocate should be a formalised process within any strategic decision making group through the creation of a temporary role, filled by an experienced and respected individual who truly understand the role of the contrarian.  In many cases this may be best achieved by using a trusted external advisor who has no lingering doubts about how arguing with the boss might limit their career opportunities.

Even when the adoption of Devils Advocate is less formal you should get used to asking “what’s wrong with this…?” “What am I missing?”, “Is this the best way to achieve our objective?”. The more people are comfortable with raising concerns and challenging the status quo the better the decisions become.

But this is no anarchist’s charter. Businesses aren’t run by democratic conventions.   Ultimately, decisions need making and business leaders need to be held responsible for their actions. Formalising the role of devils advocate can make those decisions smarter, or at least prevent some of the dumber ones from seeing the light of day.

Don’t stifle the contrarian voices in your business, encourage critical enquiry by making it not just OK but expected, albeit within a managed process.

Let’s have a bit less of the “get thee behind me Satan “and a bit more of the “Take a seat old Nick, I want to run something by you”.