Skip to content
Home
/
Uncategorized
/
How Not to Suck at Marketing Analytics
November 7, 2018 No comment(s) Uncategorized
877

A recent CMO survey highlighted that only 1.9% of respondents think they have the right talent to use marketing analytics effectively. The same survey found that the percentage of marketing budgets that companies plan to allocate to analytics over the next three years would increase from 5.8% to 17.3%.

These numbers tell a story. It is pretty clear that businesses believe that collecting, interpreting and acting on the ever-growing data that customers create is important. What is also obvious is they rate their current ability to perform these tasks as something approaching hopeless.

The implications are clear. Businesses will spend that increased budget on outside agents and buy in the required expertise. Good news for data analysts and consultants but bad news for the long-term health of their in house marketing ability.

This report reminded me of a recent marketing workshop I delivered in Hungary. This is slightly tenuous but stay with me. It was an annual event that was usually held in the magnificent city of Budapest but for reasons I suspect were mainly financial, the client had elected to host this years event in a hotel some 80 miles (130km) from the usual location in a town that can best be described as ‘the middle of nowhere’.

In common with many provincial hotels the menu was from the ‘prison food’ school of catering where the provision of meals was seen as a contractual obligation rather than an opportunity to serve something tasty or enjoyable, so one evening I headed into town to try the local cuisine. 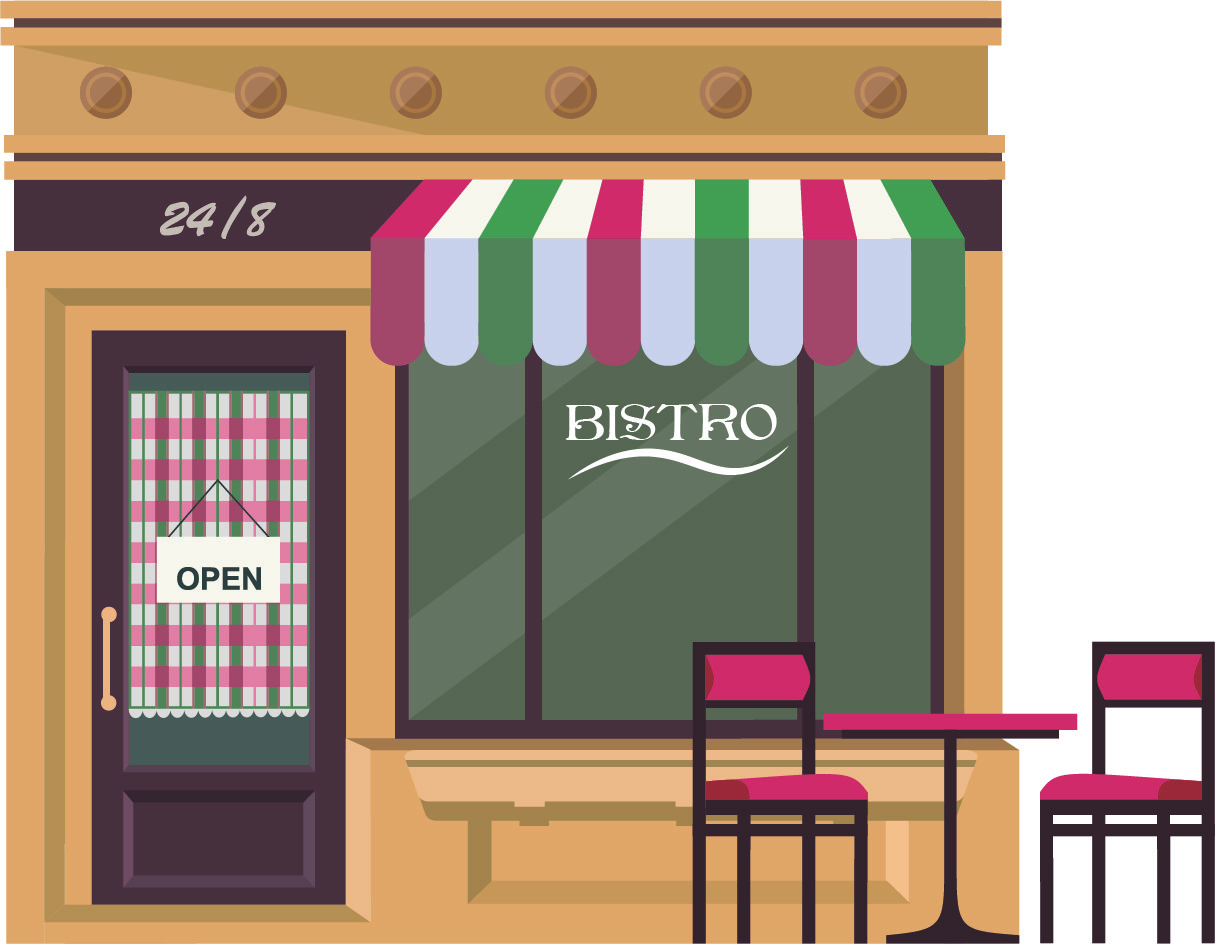 After a little searching I found a small authentic bistro style restaurant. The proprietor, who seemed, in equal measure, surprised and delighted to welcome his only customer of the evening, greeted me and showed me to a table. With a staff to customer ratio of 1:1 it was clear that service levels would not be a problem. What did turn out to be a problem was the fact that he didn’t speak a word of English and I didn’t speak a word of Hungarian.

The menu was an indecipherable (to me) collection of Hortobágyi palacsinta, Marhapörkölt, Töltött káposzta and similar. I am sure some, if not all, of them would have made a delightful banquet but as I have a fear of ordering a menu item speculatively and being served something I didn’t expect, or want, such as a sheep’s brain or bull’s testicles, i decided to forego the opportunity.

I went for safety and tested the language barrier with the word ‘Pizza?’. Turns out in the Venn diagram of our respective mother tongues pizza was on of the few words in the overlap (beer was another, thankfully). The consequence of my inability to communicate was to sacrifice a exciting gastronomic opportunity and substitute it, instead, for something safe and familiar. It was a good pizza but that is hardly the point. And this is where my tale of solitary dining frustration ties back to the point of this article. 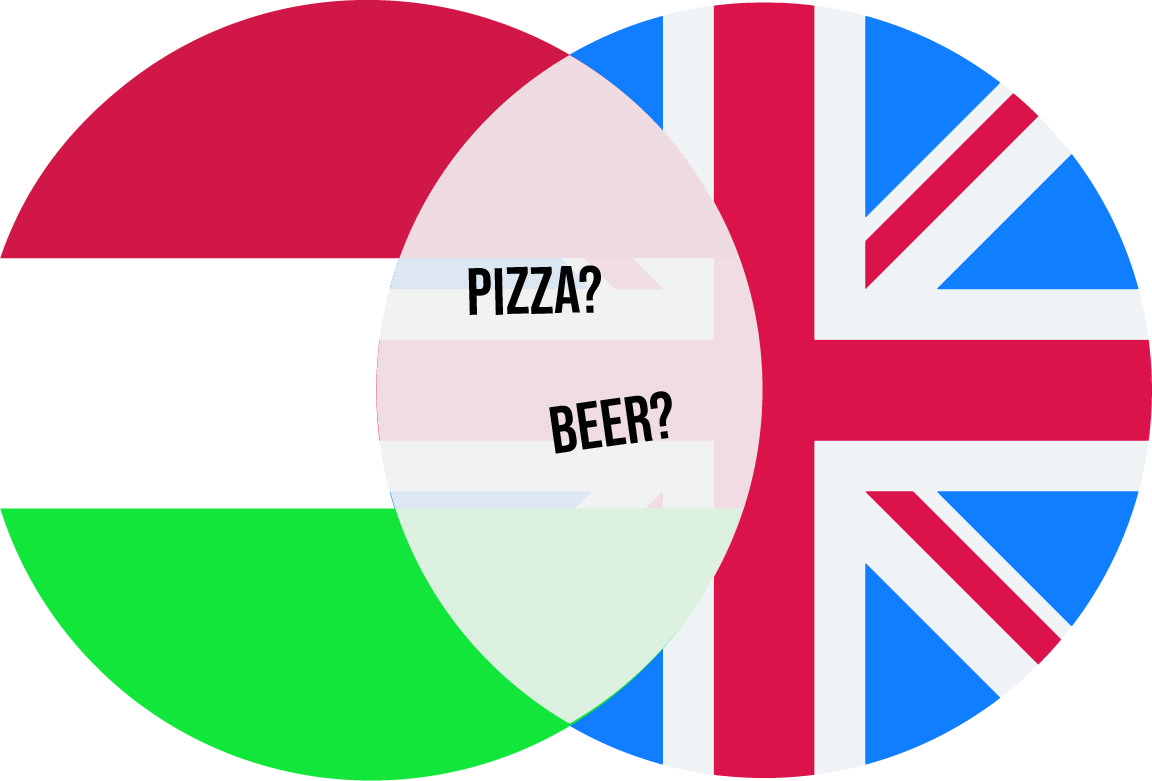 When you are hiring in outside expertise to manage your data analytics, if you don’t speak the same language, you will not get the most out of the experience. Buying in expertise while ignoring the need to develop in house capability leaves you exposed. It effectively puts you on the road to creating a dependency. In the specific case of marketing analytics you run the risk of actually outsourcing the essence of your business, the ability to understand and act on customer insights.

In extreme cases this could create ‘information asymmetry’, the imbalance that exists when one party to a transaction has more or better information than the other. Which hands a strong advantage to the party ‘in the know’ and puts the less informed party in a state of vulnerability. In simple terms, the less you know the more you’ll pay. 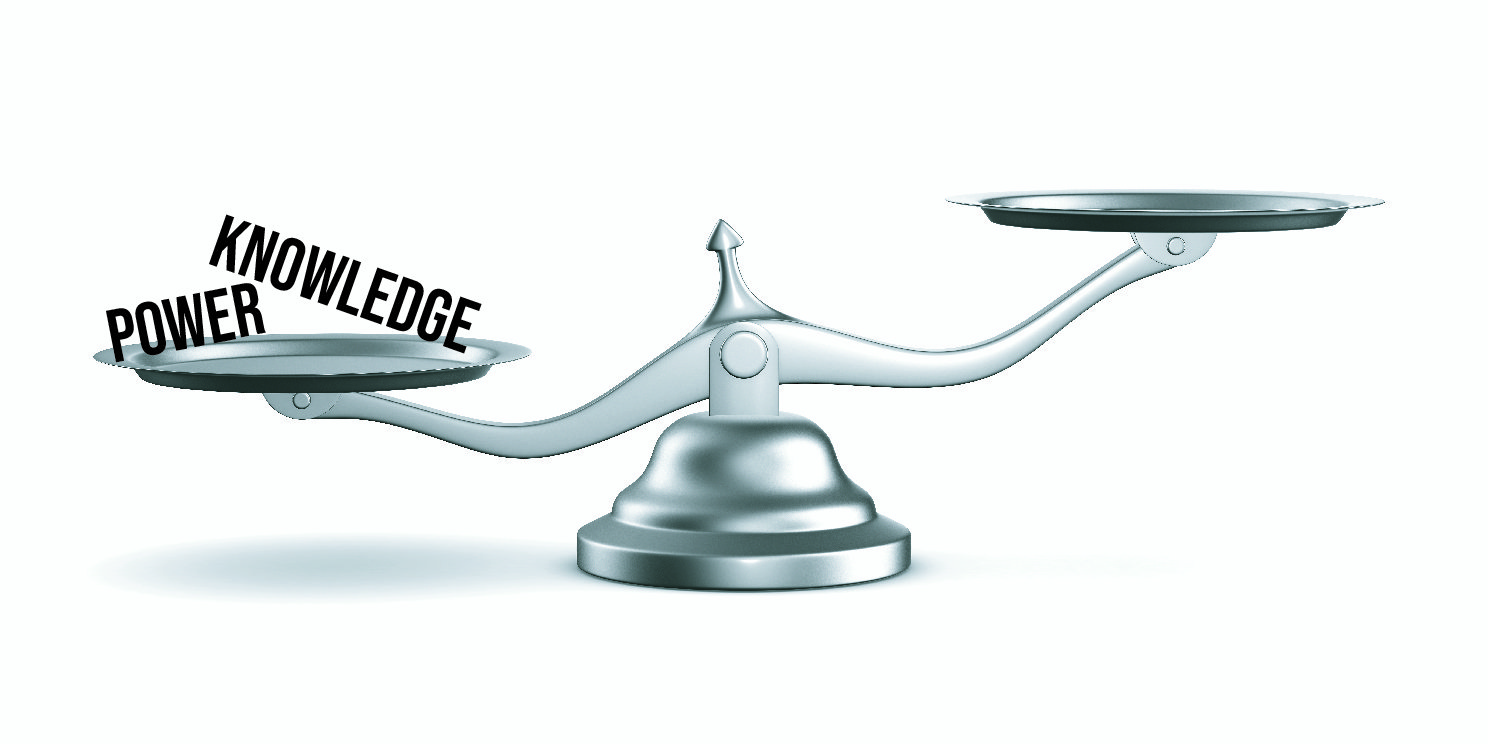 Every marketing department should have a basic level of data competency. As a minimum you need the ability to brief an outside expert effectively and make sense of their results. Ideally, you want to be able to conduct basic analytics without recourse to a third party.

So what constitutes the basics? What are the fundamentals of data analytics that marketers need to know? I believe that understanding the following six themes, to a basic high school level, will make a big difference. They are principles that anybody can (and everybody should) learn.

Start with an easy one. How data is summarized to help simplify and make comparisons easier. Terms such as mean, median, percentile, standard deviation, quartile, et al.

Measuring the extent to which two variables are related to each other. Typically measured with a correlation coefficient, which is a number between -1 and +1 that shows how strongly one variable is associated with another. For example traffic congestion is strongly correlated with the time of day. Keep in mind the golden rule of correlation: it is not always (or often) the same as causation.

Assessing an idea or assumption to test the validity of that assumption within a certain confidence level. For example, you are trying to fill places at an upcoming seminar. You believe is that changing the headline on your email from ‘Early bird discounts available’ to ‘Tickets selling fast, last few remaining’ will increase the sign up rate. Hypothesis testing is the statistical process that will help you accept or reject that idea. Invaluable in A/B testing and experimentation.

Understanding a large population by analyzing a small subset. The key concepts to understand are margin of error, confidence level and sample weighting. For example if you asked a representative sample of 600 people if they supported tighter gun control and found only 60 people agreed you could state, with 95% confidence, that 10% of the entire population support tighter gun control with a margin of error of + or – 4%, which means the actual number supporting tighter gun control is probably between 6% and 14%. But if it turns out that your sample were all gun owners and members of the NRA then they would not be representative of the entire population, this is where weighting comes into play – if we know that 40% of the entire population are gun owners then our sample should be weighted accordingly i.e. for a sample of 600 you would want 240 gun owners.

Predictive analyses to discover which factors are most important in driving the performance of an outcome. Specifically, regression analysis allows you to measure the relationship between a specific variable and an outcome while controlling for all other factors. In other words we can isolate the influence of one variable out of many.

And that’s it, with a basic knowledge of those six pillars of data analytics you can speak enough of the language to get by. Even if you are not able to conduct the analysis in house you will better placed to understand the results.

Simply having a broad base of statistics knowledge in your business makes a difference. When I was at GE, in the 1990s, we implemented a company wide program to increase analytical capability. We designated the full time, highly skilled analysts as ‘master black belts’, the people who had to commission and understand the analytics as ‘black belts’, and everybody else was trained as ‘green belts’ (I’m guessing the person behind this naming convention was a massive Karate Kid fan).

‘Green belt’ training covered many of the fundamentals I described earlier and while it was ambitious to train tens of thousands of people to this basic level of statistical literacy the result was that everyday discussions of business challenges began to include reference to P values, correlation coefficients and independent variables. It opened up the whole enterprise to a new way of describing what they had been doing intuitively for years.

Not everybody faces the challenge of training thousands of people in statistical literacy. If your ambitions are more modest and you simply want your marketing team to be better at marketing analytics then buy them each a copy of the book Naked Statistics (Wheelan,2013), an excellent and surprisingly entertaining book that covers the six pillars (and more) at a basic level.

Will this level of knowledge be sufficient to be an expert in analytics? No it won’t, but if you strive for perfection you may miss the benefits of simply being competent. 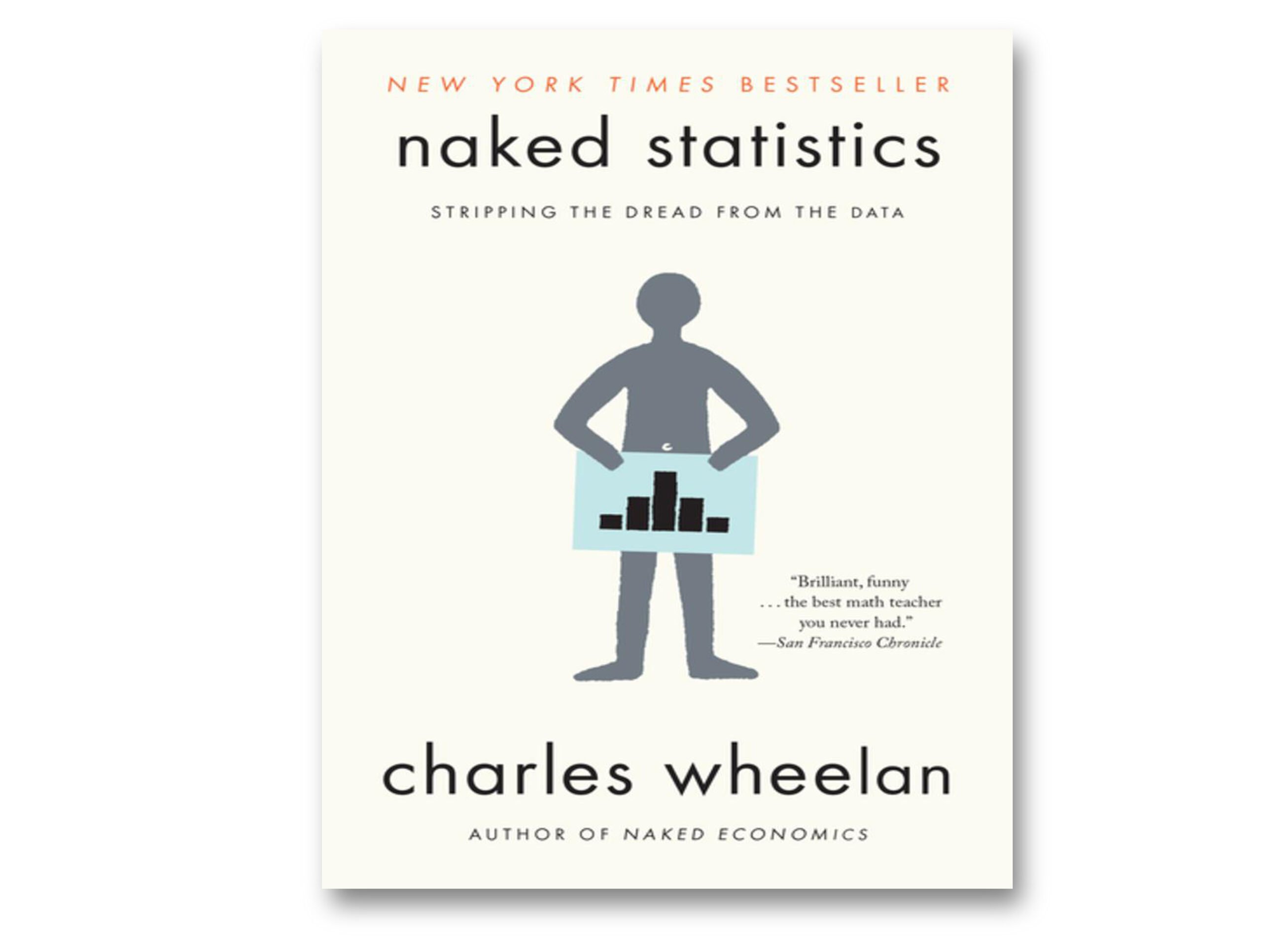 Data analytics is a specialized and highly skilled field. If you want to be truly self-sufficient you will need to hire the requisite expertise in and broaden the scope of your current marketing department. But if you don’t have the scale or appetite for such an investment then a level of basic knowledge will help you be more effective in dealing with outside experts. You will know enough of the language to get by.

It will allow you to ‘order off the menu’, which can be just as important because, despite what my younger self may have argued, a person can’t live off beer and pizza alone.