Skip to content
Home
/
Uncategorized
/
What Marketing can Learn from Online Dating
September 9, 2020 No comment(s) Uncategorized
962

In the 1980’s I decided to pursue a romantic liaison with Paula Smith. Not being one to rush things, and desperate to avoid rejection, I elected for a passive indirect approach. I hoped my telepathic skills would suffice and eventually she would realize the man of her dreams had been me all along.

In just three short years my stealth seduction technique worked, and we embarked on a spectacularly eventful and ultimately disastrous, five-day relationship. It was a long run for a short slide.

These days the pursuit of romantic liaisons is technology-enabled. No need to overthink things, no need for patience or agonizing over your next move, just swipe away to your heart’s content. Online dating arrived too late for me in practical terms but as a source of marketing insights, it is a pot of gold. 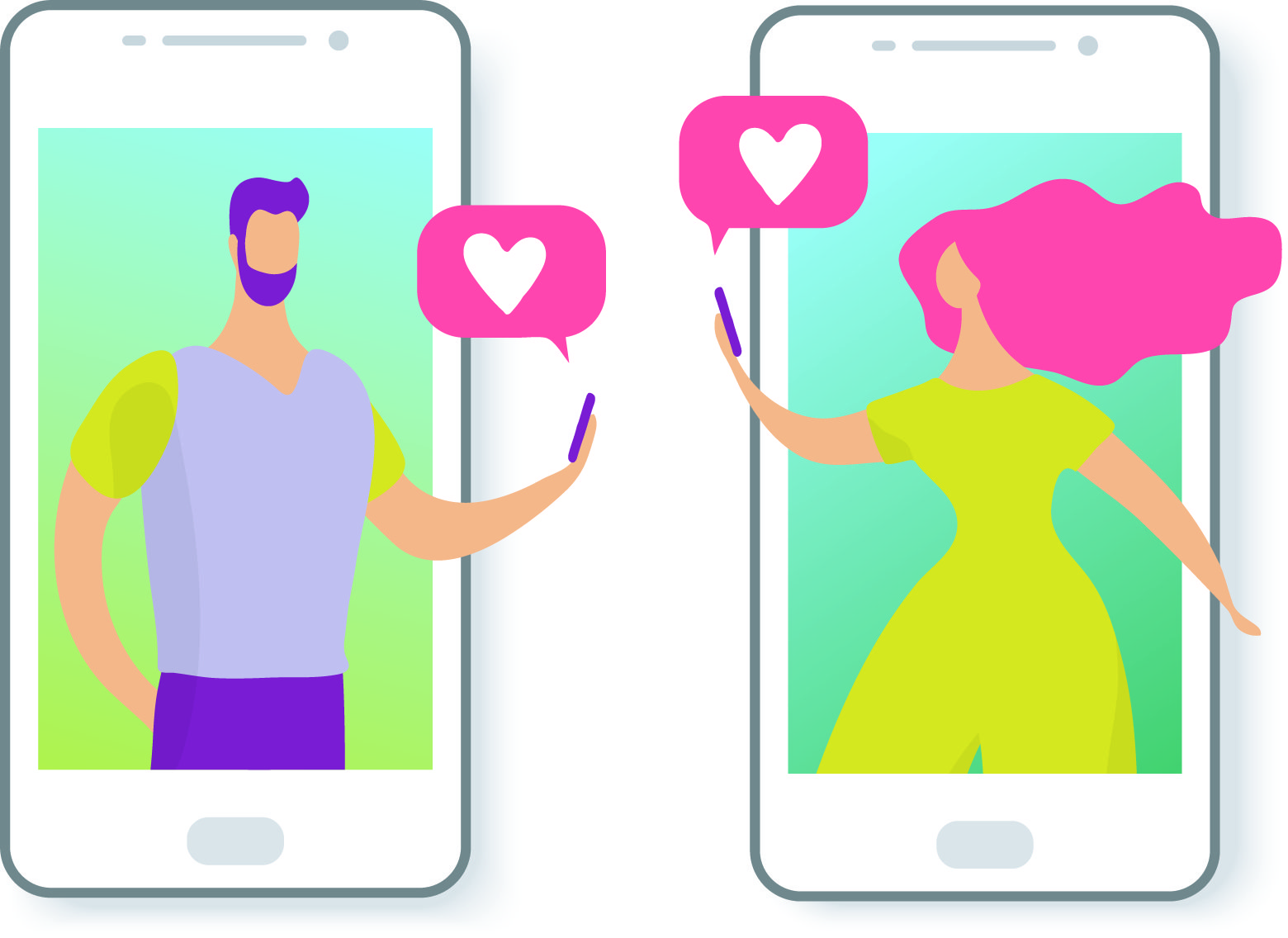 Online dating is the ultimate in personal marketing.  The sheer scale of the industry, with over 1500 apps generating millions of matches every day, has got the attention of psychologists, sociologists, and data scientists.  So what can their research, into this most personal of human activities, teach us about marketing in general?

Online dating, or the process of leveraging technology to find a romantic partner (I’m using the term romantic in its broadest possible context here) began in 1959 when a Stamford University project under the catchy name of  ‘Happy Families Planning Services’ used an IBM 650 to match around a hundred men and women.  The results, when measured in terms of long-term relationships, were zero. Sadly, there is no record of any ‘short term benefits’ that may have occurred.

In recent years online dating has gone mainstream. No longer seen as the refuge of ‘lonely hearts’ and losers, online dating is now the primary method for meeting someone for a large proportion of the population.  Along with massive participation comes an enormous amount of data. A goldmine of potential insights. This is some of what we’ve learned. 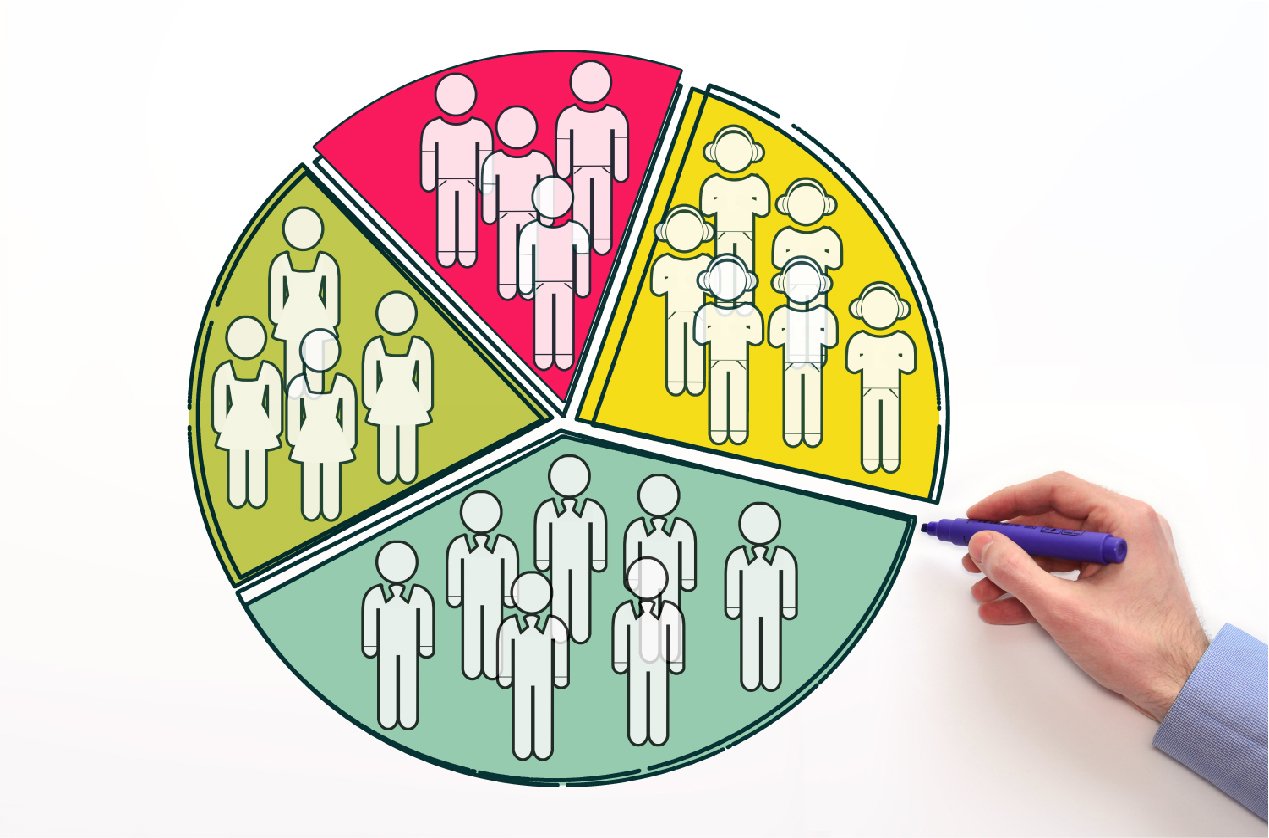 The total market for online dating could be described as people looking to meet other people for a ‘date’. Which is a pretty broad definition of a pretty large market. To help develop more compelling value propositions the market needs to be subdivided into smaller needs-based segments.

eHarmony focuses on those customers who want their potential partners selected for them by a predictive algorithm while Tinder allows users to select anybody they take a superficial shine to (of course they have to have a similar superficial interest in you for the magic to happen).

Beyond this pretty obvious ‘choose for me/let me choose’ segmenting there are other subdivisions, such as same-sex relationships, over fifties, vegetarians, single parents, religious affiliations, hobbies and interests, personal wealth, and so on.

One of the most successful niche segments of online dating was for people already in a relationship. Ashley Madison has over 45 million members ‘looking to have an affair’. It was created in 2001 when data suggested 30% of people on conventional dating sites weren’t actually single. This was clearly a segment worth pursuing.

Ignoring the ethical dimension and the sad indictment on society in general. With revenues around $100 million and margins of between 35 and 40% is a pretty good example of successful segmenting and targeting.

This division of the total market allows smaller businesses and startups to effectively serve a target segment despite the mass market being dominated by a few giants.

Like any business, when you are not number one or two in your market, and you lack the desire or ability to get there, targeting a subset of the market, addressing unmet or underserved needs is a viable way to prosper.  But it has limits.

If your segment is too small, is too difficult to identify and reach or you don’t have a sufficiently compelling value proposition, then segmentation won’t help you.

Honesty pays – to an extent

In a recent study of over 1000 online daters in the US and UK over 50% admitted to lying in their profiles (another survey that actually weighed, measured, and photographed volunteers put this number closer to 80%).

On the positive side, most of these are small lies. An inch added to your height, a few pounds deducted from your weight, a couple of years shaved from your age, etc.  Other common deceptions include claiming to have a better job or using a photograph that was a few years old.

Not only are these deceptions expected and accepted, they a critical in moving to the next stage in the process; meeting your match in person.  In another experiment researchers created pairs of fake profiles, using the same photo but differing text, one with a perfectly honest description the other with a few small exaggerations.  The exaggerated profile got nine times more responses. A little hype works but there are limits to how far you can go.

While people expect your photo to be flattering and show you at you idealized best they won’t expect to be meeting somebody ten years older than they were anticipating. Similar problems will occur if you have to explain how you became four inches shorter or fifty pounds heavier.

It appears there is a goldilocks zone of honesty.  You can accentuate your positives and even embellish a little but not so far that you can’t possibly explain the reality gap.

So it is with any business, customers expect a little hyperbole and exaggeration but not to be explicitly lied to. Whether you are writing a headline to persuade someone to click on an article or describing your latest product or service, use a little poetic license but steer clear of the extremes of brutal honesty or total bullshit.  One won’t get to the next stage the other will leave you with a lot of explaining to do.

Do you get what you pay for?

Some online dating sites are free to join while others offer paid memberships. These can range in price from pocket change to over two grand a month. So obviously the free ones will attract more unsavory characters, casual users and trolls whereas the paid ones will attract a more serious discerning clientele. Right? Maybe not.

In a consumer reports survey, 9,600 users were asked which sites they had used and their general satisfaction with each one. Turns out paid sites were the most popular choices but when it came to user satisfaction both paid and free sites scored about the same.

Some sites, like Tinder, offer a free service with the option to upgrade to a paid membership, known as a freemium model. This recent innovation has seen Tinder’s revenues double from $400 million to $800 million in one year. The majority of Tinder’s customers are happy with the free service but a significant proportion will pay more for an enhanced service.

Many businesses struggle with pricing, particularly for services. There is a belief that price and value are inextricably linked, if you give something away for free you’re actually saying it is of little value. Yet providing something of value for free can be a great way to build a brand and create the opportunity to offer paid services on the back of it. Every business should ask the question “what would a freemium model look like in my industry?”

The appeal of online dating is that it exposes the users to a wider pool of potential mates than has ever been the case before. Traditionally your chances of meeting a significant other were driven by your network of friends, your classmates, your work colleagues, or the random chance that you both happened to be in the same bar at the same time.

This improvement in quantity also improves quality.   Reuben Thomas, a sociologist at The University of New Mexico has found that, by and large, online dating leads to a better match, presumably because of the increased selection.  Another study from Harvard University and the University of Chicago in 2013 showed that marriages resulting from online introductions lasted longer and were more satisfying. This agrees with a Stamford University study that found couples that met online enjoyed a slightly higher relationship quality than their traditional counterparts.

Many businesses have the same types of customers sourced from the same narrow pool and spend more time managing existing relationships than looking for new customers.  They reach a critical mass of customers and slow down their new business efforts.

This could be limiting. Instead spread your wings into new geographies and new markets.  Advertise widely; find the customers that best fit your business. If you lack the capacity to increase the number of customers look to increase their quality.  Nothing feels better than being able to fire your worst customers

In conclusion, Tinder, Match.com, and eHarmony might not be obvious companies to benchmark or study, especially if your business is B2B or technical in nature. Yet often there are more lessons to be learned and more ideas to be discovered by looking at what works in a totally unrelated field.

Get into the habit of looking outside the day-to-day experience, go off-piste, and broaden your knowledge.  Online dating seems an odd choice of research material but when you study it with an enquiring and open mind you can find many aspects that lead you to ask the question “what if…”

Keep asking “what if…”