How to Improve the marketing IQ of Your Business

Marketing works best as a collective enterprise.  The quality of the inputs and the execution of the outputs are both enhanced when a business collaborates and unifies around a solid marketing strategy. The reality, though, is often very different. Marketing, when focused on at all, is often practiced by (or outsourced to) a few specialists. This is not always a recipe for success.

Just about every business has within it a hidden reserve of latent marketing capability, an untapped well of expertise, knowledge and experience that, when correctly harnessed, can drive growth and improve current performance.  But you can’t tap into this resource by doing what you have always done.  To extract its potential, you need to connect the dots.  You need to create a marketing super mind.

Before we get started, let’s be honest. That second paragraph sounds like the worst kind of bullshit. The typical overinflated hyperbolic nonsense that gets spouted all too frequently. All sizzle and no sausage, you might say. 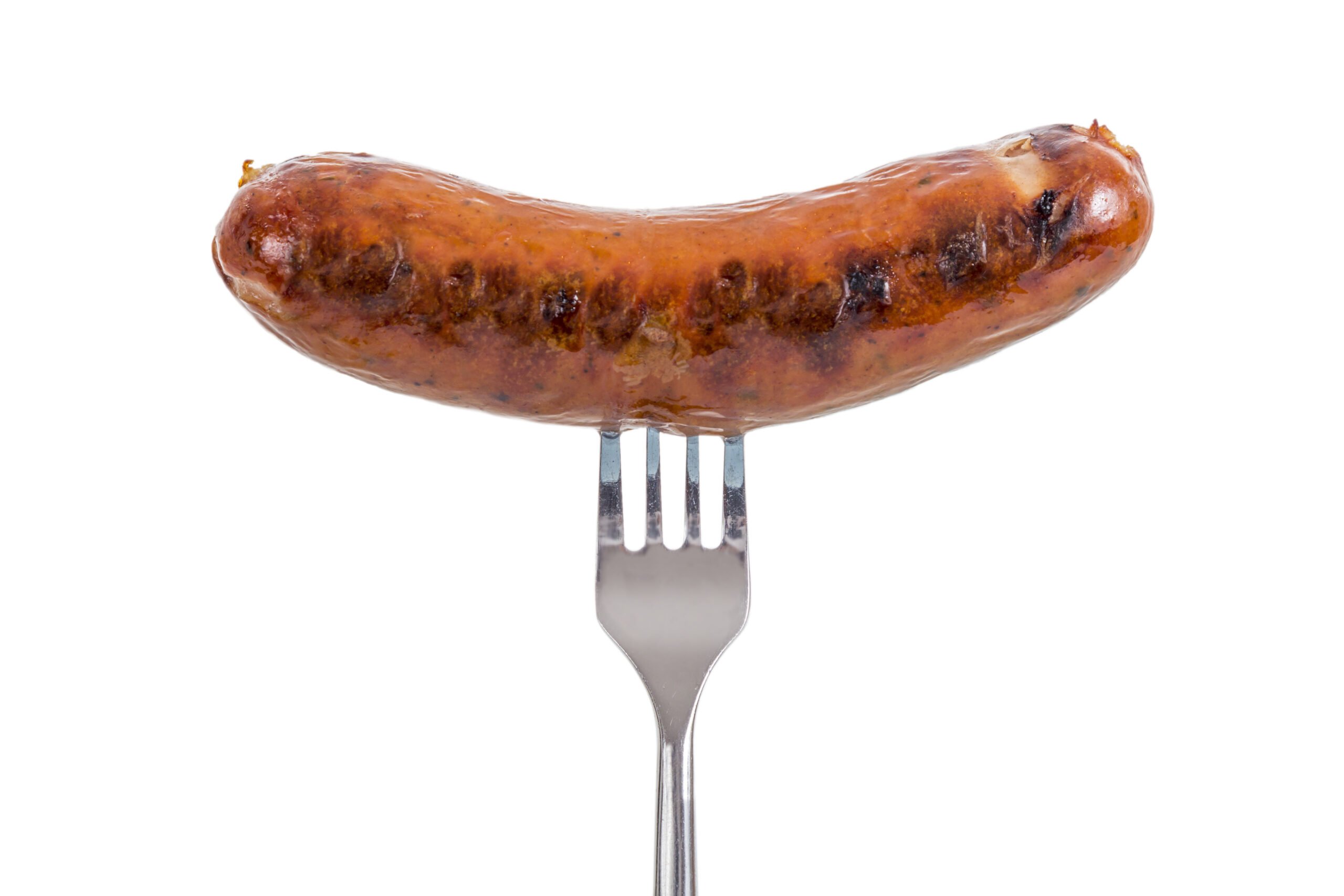 But I ask you to suspend your disbelief as I try to explain my thoughts. I promise to avoid as much sizzle as possible and focus almost entirely on my sausage.  And if that hasn’t put you off – read on.

The Power of Networks

A network is a system of interconnected people or things. When it comes to problem solving they are of crucial importance. Whether it’s the biological structure of brains or the design of the latest neuromorphic computer chips, connectivity and networks are at the forefront of our current thinking on intelligence, artificial or otherwise.

You don’t need to be in the realm of neuroscience or computer science to understand the power of networks. Networks in the context that matters to us can simply be people with complimentary skills working together towards a common goal. The 400,000 people who collaborated to put humans on the moon fifty years ago were a network. 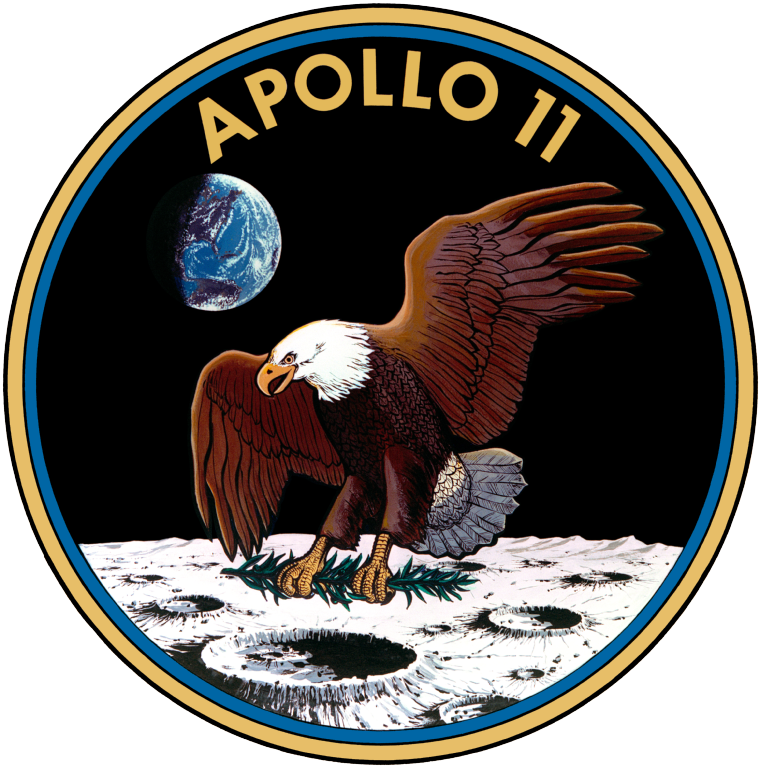 Networks are made up of nodes and connections. The nodes represent individuals and the connections indicate collaboration and information sharing. While some nodes can be more significant than others, the true power of a collaborative network lies in the number of connections, the speed of information flow and a clear, common language.

The Lessons of Babel

The story of the tower of Babel is an origin myth in the book of Genesis. According to the story all humans were united and spoke a common language. They migrated westward to the land of Shinar where they decided to build a city and a tower so tall that it might reach to heaven. 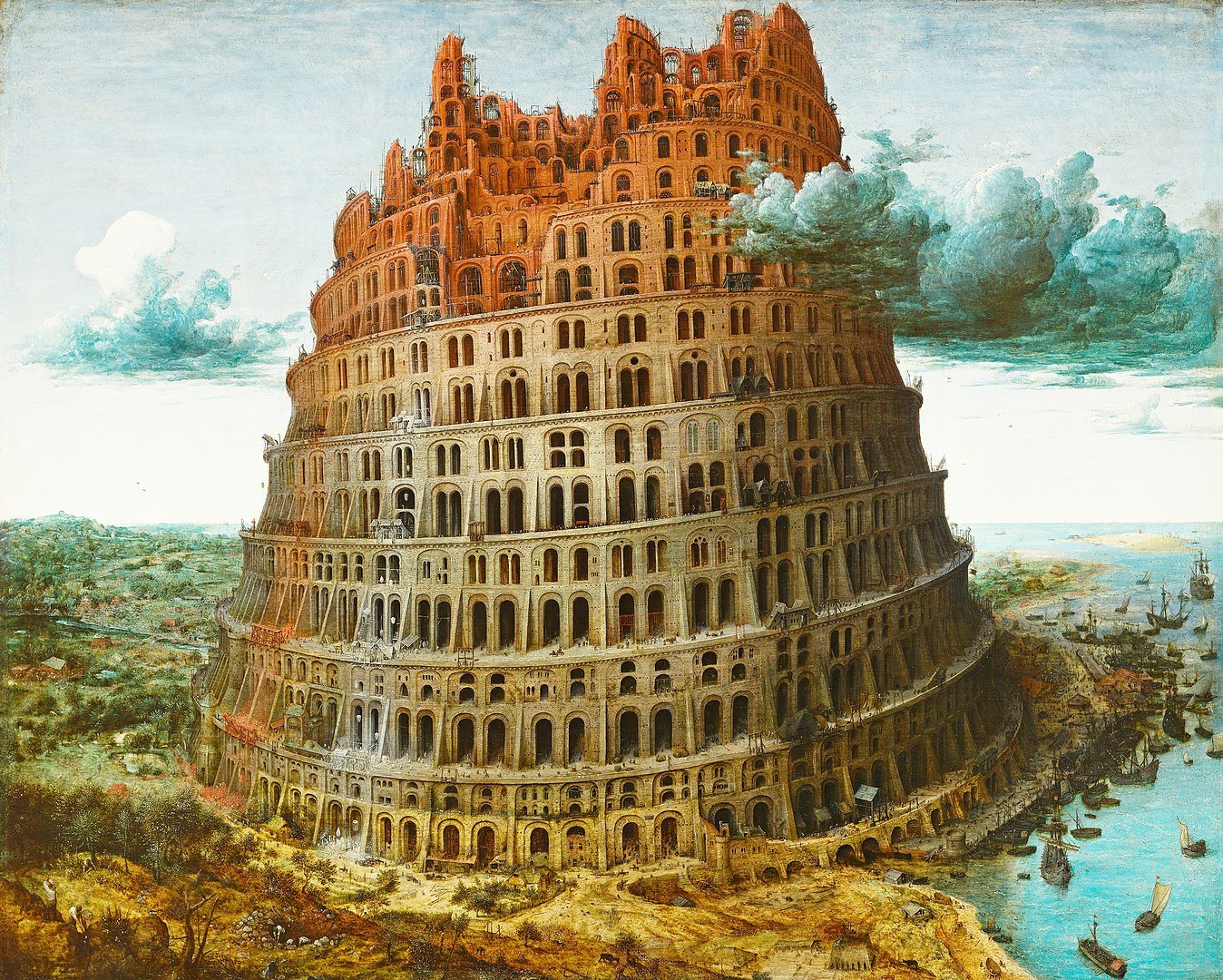 God wasn’t happy with the prospect of this uninvited incursion. He was clearly an early proponent of secure borders. But he was impressed at the power of a collaborative network in action. He observed, “Behold, the people is one, and they have one language, nothing will be restrained from them, which they have imagined to do”

Now, you might think this is a good thing, but god, apparently, didn’t. He decided to “confound their language, that they my not understand one another’s speech” and scattered them around the face of all the earth.  In a single moment creating all the worlds’ languages and cultures.

This story is a useful metaphor for the biggest challenge of creating a marketing supermind; if you don’t have a common language, collaborative efforts are doomed to fail.

Imagine a future where all of the individual brains that you employ in your business are connected into a single collective intelligence. One that is focused on the most important challenge that your business faces; the creation of sustainable and profitable growth.

Imagine if you could out think your competition, drive innovation at levels never previously possible, execute flawlessly on campaigns and promotions and be acknowledged as the gold standard of marketing in your field, looked upon by the envious eyes of you competitors.

You might think this would be hard to achieve. And you would be right. It is. In fact it is a challenge so difficult that many companies won’t bother trying. But the reward is so great and the costs so relatively small, it is worth the effort. It is Pascal’s wager for the modern business.

I spend my time helping businesses to create marketing superminds.  Occasionally with complete success, more often with some success, rarely without any success at all. The following four elements are based on what I’ve learned along the way.

An object in a state of uniform motion will remain in that state unless an external force acts on it. What Newton observed in the physical world holds true for businesses and the individuals that work in them. Change doesn’t happen unless you create an external force to act on it. And that force must come from the top.

The first step in creating a marketing supermind is getting everyone in your business aligned and pushing in the same direction.

You need to share a compelling need to change. Only when people understand and buy in to the ‘why’ can you move to developing a vision of what the future will look like.  With the ‘why’ and the ‘what’ in place you can begin the ‘how’.  Miss any of these preliminary steps and you will be hammering on cold iron, as a philosophical blacksmith would say, probably.

A Common Framework of Tools and Methods is Essential

Smooth and effective communications requires a lingua franca. An in-house dictionary that avoids the need for translation or interpretation.  When discussing a value proposition or a positioning statement or a benefits ladder there needs to be total clarity of what is being discussed with a complete lack of ambiguity.

But it isn’t just nomenclature that’s important.  Most concepts in marketing are derived with a methodology of some sort. If you are discussing a relative competitive index, for example, you don’t just need to know what it is, you also need to know how it is created.

We live in a time of exceptional connectivity. I still find it remarkable that I can see and talk to one of my friends in California while sitting in my office in England (you kids who grew up with this miracle are probably less impressed).

The point is we can share documents, collaborate on spreadsheets, watch video lessons, jump on conference calls, create group chats, video call each other and so on, all with little or no cost. Working with shareable tools we can collaborate across space and time (well, time zones anyway).

The gravity effect of collaboration states that the closer you are in proximity to someone the more likely it is you will team up with them. This remains true but when you have a marketing supermind with common tools and methods that are easy to share you find people want to connect more.

Like most changes of habit this might need a little encouragement to become the new normal but resistance if usually low.  It requires a gentle nudge rather than a kick up the arse, which is just as well if you want to avoid a lawsuit.

Create a Hierarchy of Skills and Knowledge

The biggest front-end cost, particularly in time, when you set out to create a marketing supermind is training your people in the new tools and methods. While there have ben huge advances in the process of knowledge transfer in recent years the fact remains that people need to take time out to learn new skills.

The good news is that not every body needs training to the same level.  The majority can be taught remotely on a self-study basis. Those that need a little deeper knowledge can be served with a combination of on line and classroom teaching.  The few that need to achieve some level of mastery can typically be accommodated with the addition of two or three classroom sessions.

What is important is that you create a tiered structure of expertise.  A few ‘masters’ that act as the engine room of the marketing effort and the go-to resource for questions, a larger cadre of specialists who can lead local efforts and the majority who are proficient in the tools and methods but who will not be using them on a daily basis.

Achieving marketing excellence should be the highest priority for every business. It is possible, although not easy, to create a marketing supermind that connects all of the brains in your business. It is not a simple fix and there is no guarantee of success.  The only 100% certainty is that if you don’t try then you definitely wont succeed.