(and make sure marketing is what you are best at)

If you want something doing right, do it yourself” is a common saying. But one that doesn’t stand up to much scrutiny. There are plenty of things most of us are better off not doing ourselves. Dentistry is one example. Landing a Boeing 747 is another. Often, an expert is the sensible choice.

It is also very inefficient to do everything yourself. Adam Smith, the enlightenment economist, calculated that a pin maker, working alone, could only make a few pins per day. 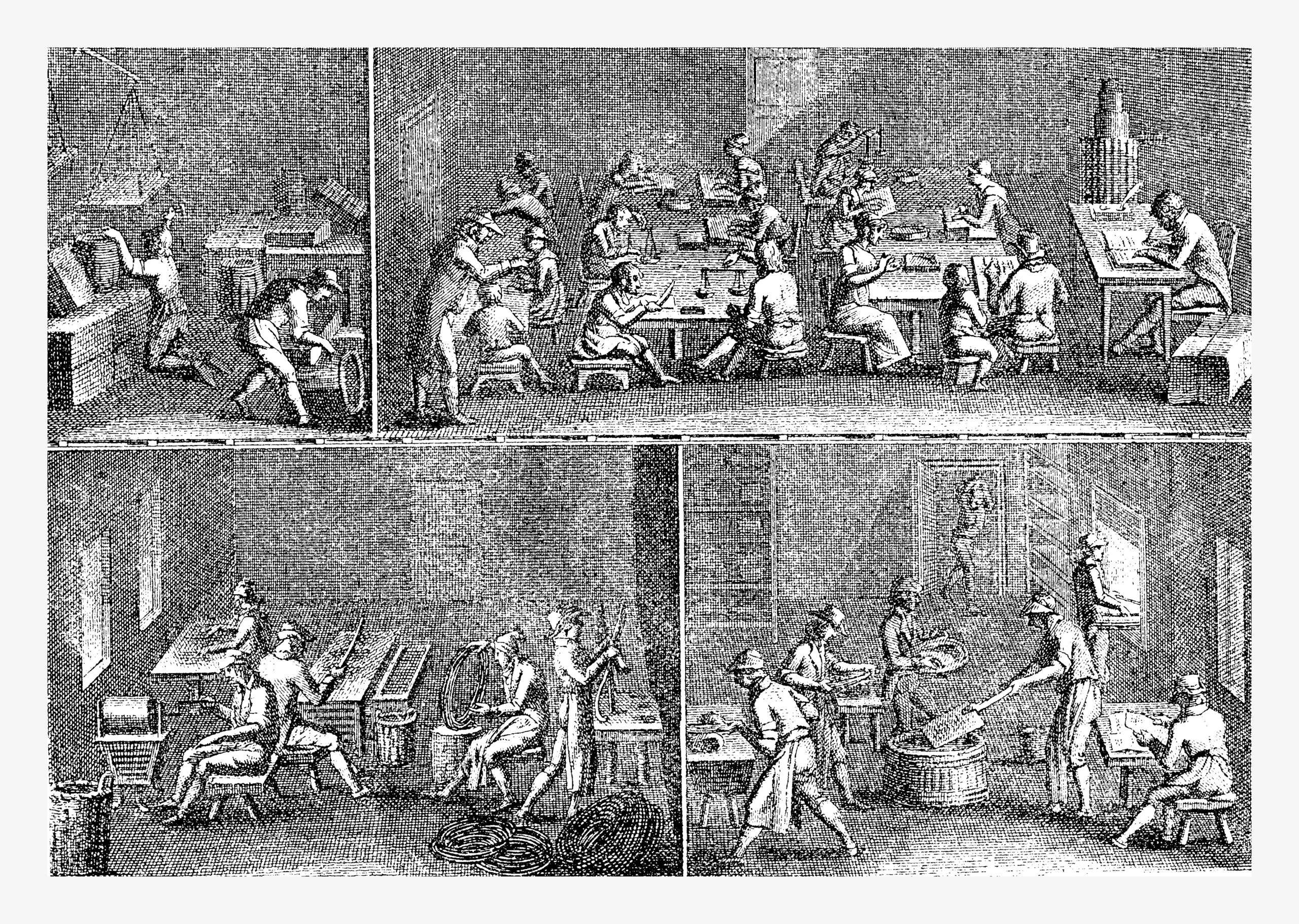 Whereas in a factory which “one man draws out the wire, another straightens it, a third cuts it, a fourth points it, a fifth grinds it at the top for receiving the head” each could make 5,000 per day.

It’s not doing everything yourself that is essential for efficiency. 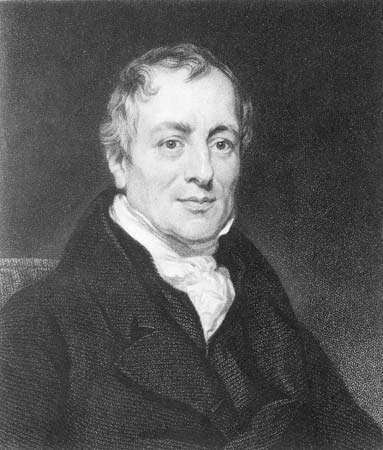 Another enlightenment thinker, David Riccardo, demonstrated that even if you were able to do everything better than anybody else, you should only focus on what you do best. His theory of comparative advantage is one of those rare economic rules that isn’t either obvious or pointless.

Ricardo developed his theory of comparative advantage in 1817 to demonstrate why countries engage in trade even when one country’s workers are more efficient at producing every single good than workers in other countries.

He explained that if two countries, each capable of producing two goods engage in free trade, then each country will be better off by exporting the good for which it has a comparative advantage while importing the other good. Widely regarded as one of the most powerful yet counter-intuitive insights in economics, Ricardo’s theory suggests that comparative advantage rather than absolute advantage is the main driver for deciding what you should do yourself and what you should buy in.

Cristiano Ronaldo is a great athlete. One of the best footballers to have ever lived. He is probably better at lots of other activities too. He can run faster, endure longer, and work quicker than any regular person. As an example, he can probably clean his collection of supercars faster than anyone else. But just because he can, does this mean he should?

Rather than cleaning his own cars, Cristiano should film the TV commercial and hire Johnny to clean his cars. As long as he pays Johnny more than £40 and less than £200,000, both of them are better off.

So the key to efficiency is to recognize that you can’t, and shouldn’t, do everything yourself. Specialists will be more efficient and focusing on what you do best will pay the biggest dividends.

The real question becomes what are the core competencies you should invest in? If you can’t do everything then what should you do? Delegate those tasks where a third party has a ‘comparative advantage’ and focus on where you add the most value. Don’t do what you are good at, do what you are best at. But what should that be? 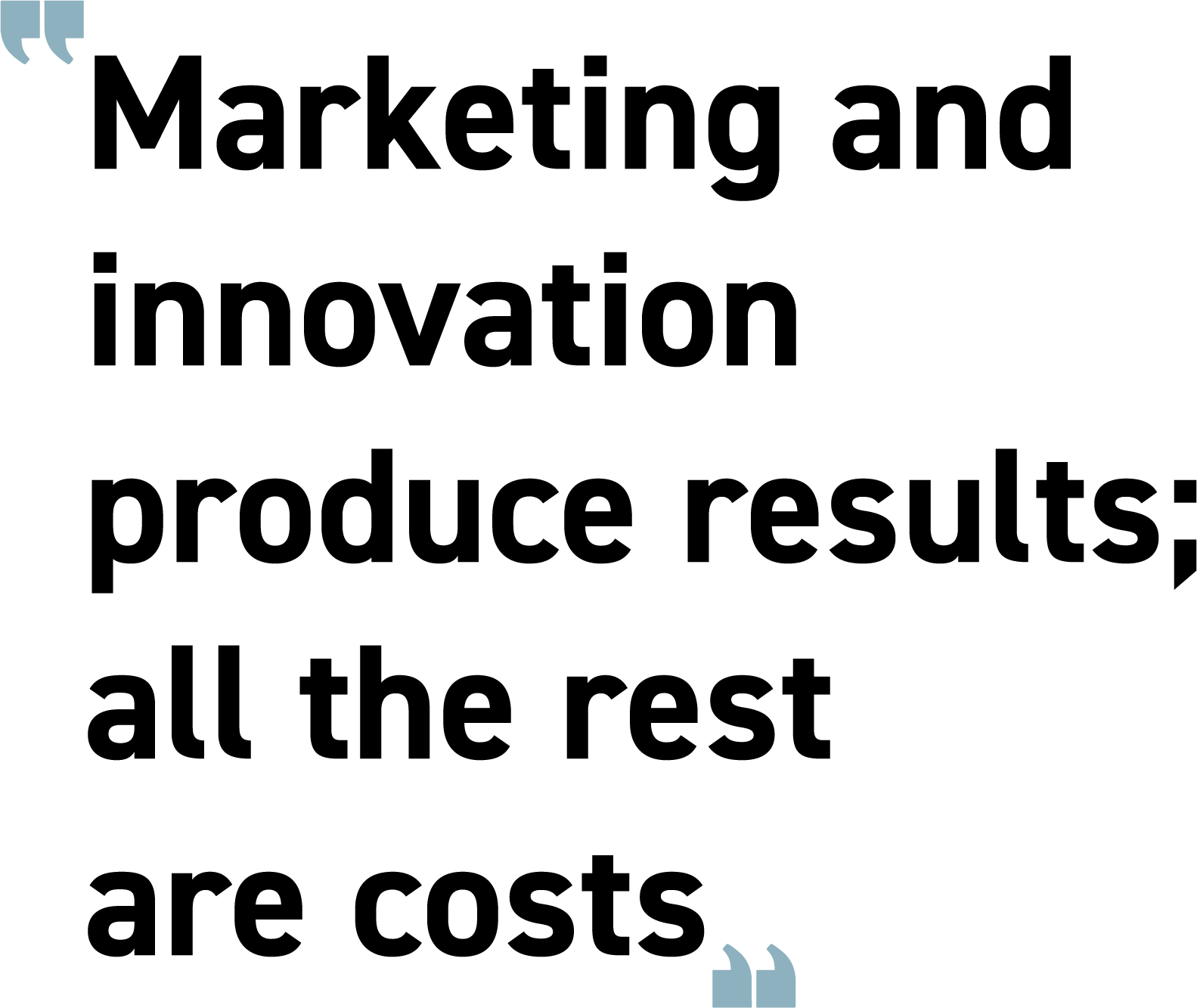 A business has many functions and disciplines so which one should you invest in? What should you strive to be best at? The obvious candidate is marketing and innovation. With those skills deeply embedded across your business you have a better chance of success, without them you may struggle.

Peter Drucker, back in the 1950s when management gurus had a bit more of the ‘serious academic’ about them, said…

But what does ‘being good at marketing mean? It’s relatively easy to spot companies that are, you just measure their outputs; high and sustained market share, price premium, industry beating profit margins, product vitality and so on. So much for the descriptive, what about the predictive?

Well studying other businesses for their ‘secrets’ is a fool’s errand. There is no universal blueprint for success. The business environment is chaotic and ever changing. Trying to figure out what made a company successful over the last ten years is unlikely to help you over the next ten. Having said that there are three broad prerequisites that I often see in successful marketing led companies. Not a blueprint for success but a good place to start.

1) Driven from the top

The boss sets the mood. And the direction. And the behaviours. A passing interest in a new idea won’t cut it. Neither will lip service. You can’t fake it. If the boss truly, sincerely and genuinely believes in something, it will happen. If they don’t, it won’t. Being a marketing led business starts here. It also ends here.

Strategy is the essence of business. Where you choose to compete. How your resources are allocated. What you are trying to achieve. Marketing should not be a client of strategy. Marketing should be a driver of it. Strategy developed in isolation around a boardroom table is often bad strategy. For many businesses, marketing strategy and business strategy are essentially the same thing. Marketing needs a seat at the table. A seat at the head of the table.

Collaborative endeavours define human achievement. We work best when we work together. We are born this way. Division of labour creates efficiency. But it also creates discord. Cross-functional teams are a new idea to nobody. But they are a new practice to many. Marketing should not work in isolation. Marketing should orchestrate. Coordinate. Collaborate. People embrace what they create. Create together. Embrace together.

Getting those three things right is critical. But it’s only a start. You also need to embed the skills of marketing across your business. The tools. The techniques. The frameworks. The principles and the methods.

Improving your skills in marketing and innovation, making it the core skill you build your business around, is not done only through book learning. It is enhanced with experience. Progress moves forward through a cycle of theory and experiment. And is the better for it. There are no shortcuts to success. But success will come quick enough. You just need the order of operations correctly aligned.

Drive from the top. Align with strategy. Collaborate across functions. Learn. Experiment. Repeat.